Children explore the treasures of the sea

They spied with their little eyes…  the treasures hidden in the sea bed of Mauritius! The Oceanic Project Coral Squad strives to introduce these wonders to our little ones. In its second edition, the organisation took ten children from eight to 15 years old to discover the marine fauna and flora of Blue Bay.

This was made possible thanks to a collaboration between Veranda Tamarin, National Geographic, the US Embassy and the NGO New Reef.

An exclusive snorkelling session was held at the Blue Bay Marine Park, as part of an educational programme. The children learned about the coral reef ecosystem and the dangers that threaten it. 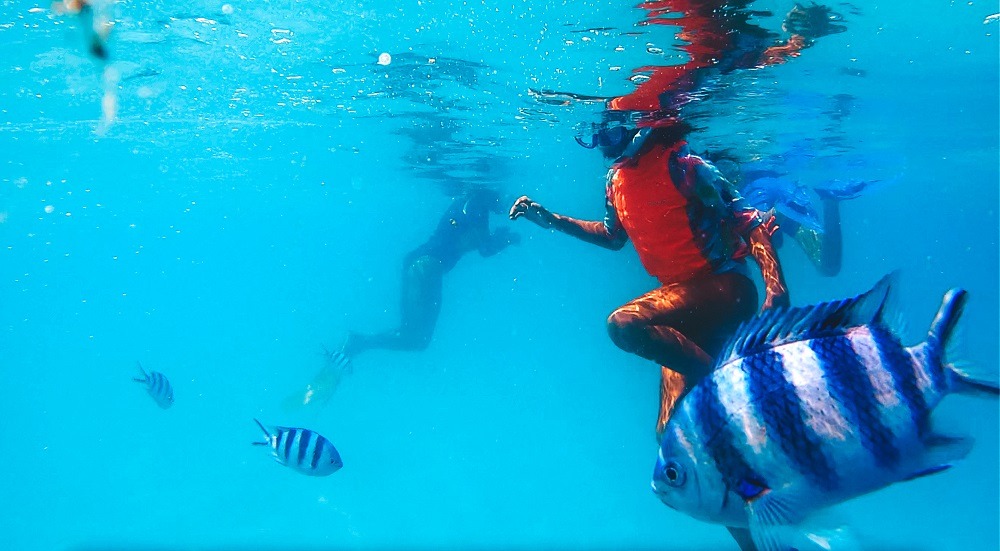 “It is important for children to experience the biodiversity of coral reefs and to be aware of the dangers that threaten them. Such projects help to raise their ecological awareness and motivate them to get involved in the protection of coral reefs”, says Prashant Mohesh, The Oceanic Project Lead and National Geographic Young Explorer.

After their trip to the seabed, the children participated in a presentation on the evolution of corals in the marine park by the Mauritius Oceanographic Institute and the Albion Fisheries Research Centre.

“We wanted to be involved in an educational action for children, who became aware of the wonders of the sea. This is in line with one of the five pillars of Now for tomorrow, Rogers Hospitality’s sustainable and inclusive development pact”, explains Christophe Montocchio, Hotel Manager of Veranda Tamarin.

The event was attended by Minister of Blue Economy and Shipping Sudheer Maudhoo and Minister of National Infrastructure Bobby Hurreeram.