International golf tournaments, combining the luxury of places and breathtaking courses, as only the Mauritian hotel industry can organize… This is one of the trump cards of Mauritius, to expose itself as a more prestigious destination. 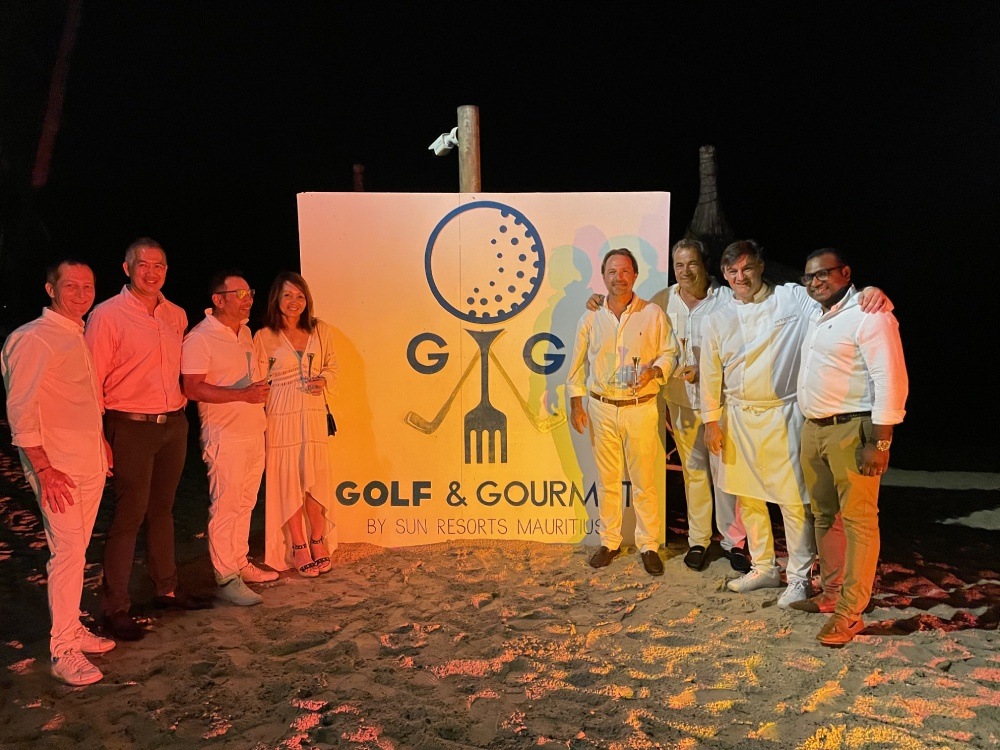 To kickstart the first competition of the year, the Golf & Gourmet Trophy 2022 was held on the green of the Sun Resorts group last March.

Around twenty gourmet golfers took part in the seventh edition of the Golf & Gourmet Trophy 2022, which was held from the 18th of March to the 28th, in the magnificent settings of Long Beach and Sugar Beach.

To the delight of players and fans of haute cuisine, this unique event, created jointly by the Swing agency (specialized in advice and the organization of golf events) and the Sun Resorts, was sponsored, as every year, by the cuisine of the great starred French Chef, Jean-Pierre Vigato.

These seven days of competition were rewarded with several gastronomic experiences, including a cooking class and a gala dinner concocted by Chef Vigato and the chefs of Sugar Beach.

The Golf & Gourmet Trophy rewarded four winners, who were designated during the gala dinner on Saturday 26th of March, 2022 at Sugar Beach. In the general classification, Sylvain and Tram Le Van en Net won the competition, while in the Brut category, it was Richard Fourcade & Alain Philibert-Cremeaux.

After this successful seventh edition, the Golf & Gourmet Trophy will undoubtedly return in 2023, for a new gourmet edition rich in emotion.