International Sugarcane Spirits Awards: a Mauritian rum voted as the best in the world!

With a beautiful amber colour, the fruity and powerful rum is accompanied by pastry and buttery notes, as well as touches of citrus fruits and sweet spices… By charming several famous connoisseurs, the spirit has been awarded the Golden Cane (Cane d’Or) of the competition!

A prestigious competition, a new concept

Launched last year, in partnership with renowned specialists such as RumFest London, RumFest Paris, Rumporter or even Rum Intelligence SAS, the International Sugarcane Spirits Awards was quickly recognised as an ultimate benchmark in the industry of rum competitions.

Bringing together an audience of 40 world experts from 17 countries and 4 continents, the competition highlights a new tasting concept: rather than tasting all the rums in one day, members of the jury had one month to blindly taste the samples sent, then grade them. A new format for a competition, which involves a patient and thoughtful assessment. 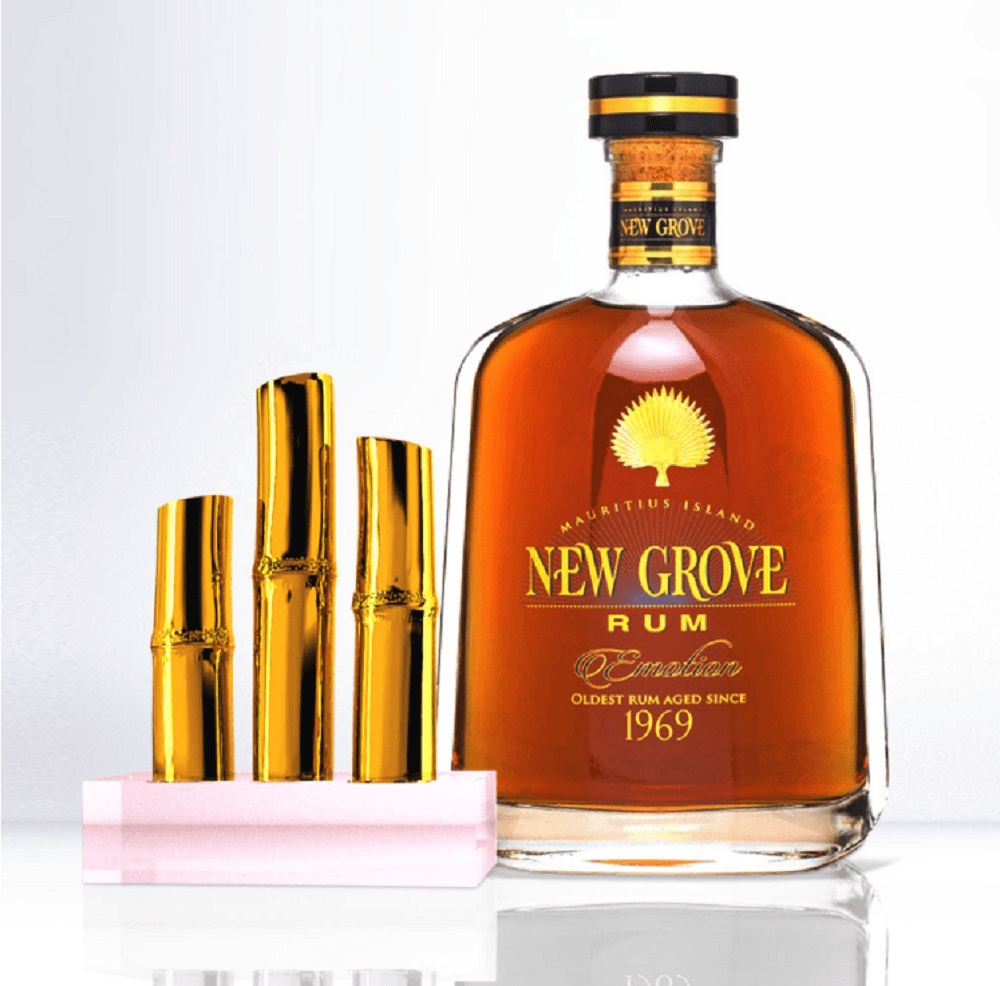 Blended with some of Grays’ best vintage rums (2005, 2006, 2007 and 2008) and placed back in cognac barrels for perfect balance, this unique rum was finally bottled in 2019. The jury panel was unanimous in designating the New Grove Emotion 1969 as the ultimate winner of the competition.

This very special rum has a special history. Indeed, some time ago, the rum producers of Grays discovered in the cellars, barrels placed there more than fifty years ago. Didier Noël, Export Manager at Grays, says:

“After discovering these completely forgotten barrels at the bottom of our cellar, we realised that this rum had all the characteristics required to be the starting point for an exceptional blend!”

A beautiful international victory. For Florence de Coriolis, this Golden Cane is a great opportunity to showcase the know-how, culture and flavours of our island. She explains:

“We have been battling for years to ensure that local rums are recognised internationally, just like Caribbean rums. With the title of best rum of the year awarded to a Mauritian rum, it’s now done! Looking at the path we have travelled with our team in recent years, I am filled with immense pride and a sense of duty accomplished. We must now maintain our efforts to keep the crown next year!“

While the New Grove Emotions 1969 has also been recognised as the best rum in the Indian Ocean region, many other Mauritian have been awarded prizes, namely the Rhum Agricole Blanc from Saint-Aubin; the Mauricia Creation from Grays; the New Grove Vintage 2004 from Grays and New Grove – Bourbon Cask Rum from Grays.