Formerly considered as an elitist sport, golf has, for the past decades, made its way to the top 10 most popular sports in the world. Mauritius ultimately benefits from this popularity, with its various 18-hole courses that bring together tropical landscapes and technical challenges to which players from all over the world are attracted. It is even the privileged host to international competitions such as the AfrAsia Bank Mauritius Open, thus highlighting the island as a top destination on the golf world map.

What about the other Vanilla islands? They are more reserved, but they also offer splendid courses with sensational designs and astounding views. We could not possibly do an edition on dolce vita without paying tribute to golf! More than a sport, it is a real lifestyle in which we will immerse ourselves as we recount the last 175 years of its history in the area through a synopsis of the most beautiful golf courses on our islands…

Here’s to the golf enthusiasts and passionate players living the green life!

A piece of history

The origins of the sport are somewhat blurry. It is believed to have been born in the Netherlands in the Middle Ages, but it is only in the 15th century that it took its roots in Scotland and spread out in the form that we know today. Then, with the expansion of the British Empire in the first half of the 19th century, golf practice stretched out into the colonies, from India to Sierra Leone, passing through Mauritius.

In the Southern Hemisphere

Following the construction of two golf courses in India: the Calcutta Royal Golf Club in 1828 and the Bombay Golfing Society in 1842, the Gymkhana Golf Club in Mauritius, dating back to 1844, is believed to be one of the oldest courses ever built outside Great Britain – and the first one in the Southern Hemisphere. The course, built on British military grounds in Vacoas, was first made up of a few holes with a polo field in the middle. In the interwar period, golf overtook polo and the rounds went up to 9 holes, then 13 holes during World War II, until it finally became an 18-hole course in the late 1950s.

The club, which was under military authority until 1976, unfortunately lost its archives in a fire in the early 1980s. It is now up to us to imagine the first games on the course, the fierce competitions, the mundane receptions at the clubhouse… all of which have become memories that only the 150-year-old elm trees around the course can recall; they are the silent witnesses and the only guardians of two centuries of history.

From island to island…

The wait was long before new golf clubs were built in the area: Golf Club d’Antsirabe in Madagascar in 1935, followed by the Dodo Club of Curepipe in Mauritius and the Golf de Rova in 1951, and the Foulpointe Golf Club in 1967, both in Madagascar. The short 9-hole courses were reserved for club members, and essentially attracted a colonial audience as well as some locals newly converted to the sport. Reunion Island established its first course, the Golf de Bourbon, with 9 short holes, in the state-owned forest in Étang-salé, in 1969. Found in the middle of a luxuriant natural setting, the forest was so dense that players needed to be accompanied by scout caddies who were given the task of finding the lost balls! Seychelles embarked on the golfing adventure in 1972 when the Seychelles Golf Club was built on the East coast of Mahé to offer a complementary activity to the tourists residing at Reef Hotel. It is a narrow 9-hole course on the seaside that is often visited by coconut crabs fond of white balls.

Fifty years later, the history of golf has taken a leap with more than a dozen new golf courses added to the legendary rounds mentioned. From Praslin to Villingili Island, extending towards Ile aux Cerfs, tourism development has encouraged the establishment of more sumptuous rounds… to the delight of all golf enthusiasts around the world. 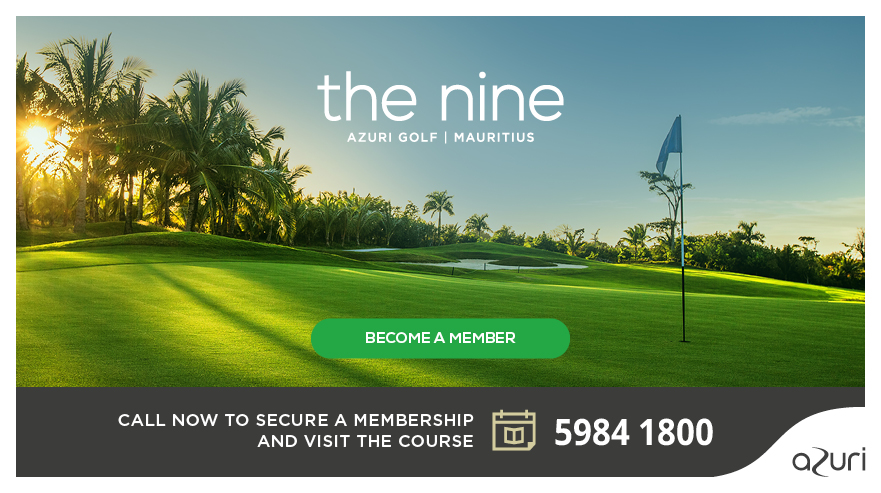