A whistle-stop tour of the Blue Penny Museum

A Mauritian institution, the Blue Penny Museum is home to some of the island’s greatest cultural treasures. Let’s take a stroll through its hallways to discover its history and a few of its secrets…

1. It started with a private collection

MCB started investing in Mauritius’ cultural heritage some 40 years ago, thus creating an exceptional private collection of art and antiques. From paintings to historic nautical charts, books, sculptures and engravings, this collection is a treasure trove by any measure. An idea was then kindled: create a multidisciplinary museum presenting these pieces to the Mauritian public and to tourists alike. The Blue Penny Museum was born! 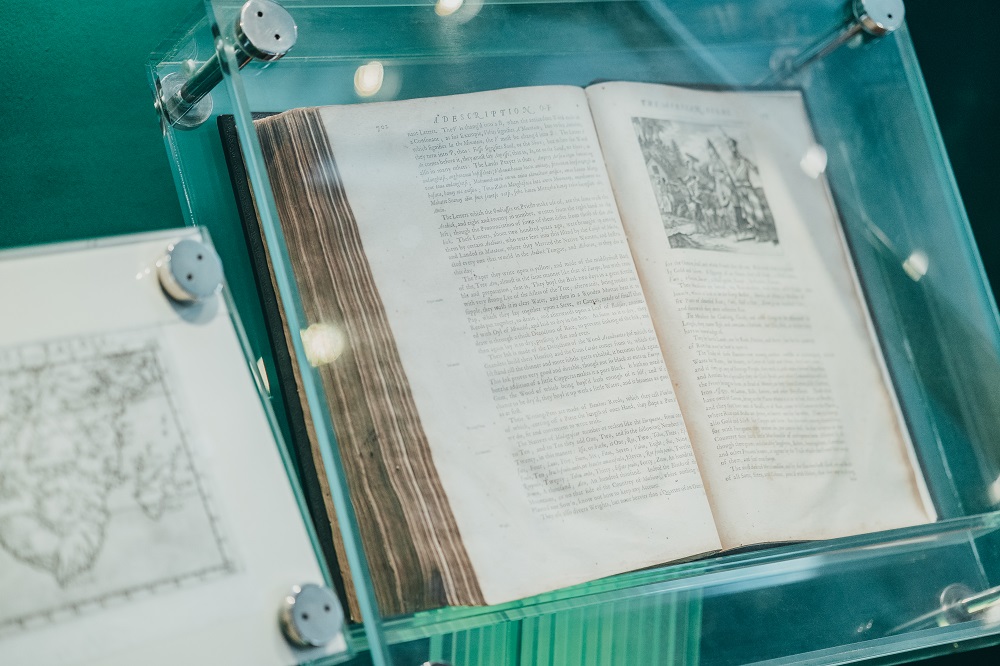 The museum’s most precious treasure is also its smallest! It consists of two Post Office stamps whose rarity is the stuff of legend, and for which the museum is renowned and the country proud. In 1847, Mauritius, then a British colony, issued two sets of postage stamps: 500 crimson One Penny stamps and 500 blue Two Pence stamps. They were the first stamps in the history of the Mauritian postal service, and the first in the British Empire to be issued outside Great Britain. Only 30-odd stamps (15 red and 12 blue) are thought to have survived since. Two of these specimens were returned to Mauritius in 1993, when a consortium of 14 Mauritian companies, led by MCB, acquired them from Switzerland. They are thought to be worth millions of dollars. Hence their prestige in the world of stamp collecting!

3. A different view of Mauritius

Drawing on its extensive collection, the Blue Penny Museum regularly curates exhibitions with themes that are as wide-ranging as they are sometimes surprising. Past exhibitions have celebrated bazaars, the history of the sugarcane industry, Kaya, Picasso, saris and even mangoes – and all have borne witness to Mauritius’ history intangible and well-documented ways. Along the way, the Blue Penny Museum has nurtured Mauritians’ sense of pride in their heritage while also shedding a light on the island’s cultural riches, whether past or present.

Alongside its celebrated Post Office stamps, the museum’s other exhibits include a statue of Paul and Virginie. Carved from a single block of marble by Mauritian sculptor Prosper d’Epinay in 1881, it depicts a famous scene where Paul helps Virginie cross a stream. Further along, in a gallery dedicated to the great navigators, visitors are invited to discover the history of map-making. A striking feature is a superb map of Mauritius and Reunion drawn by the scientist Lislet Geoffrey at the end of the 18th century. It would be worthwhile to visit the Blue Penny Museum be it only to see these pieces!

5. A fresh perspective on history

Countless other stories shape our history and heritage, in addition to those of Paul and Virginie, of the ill-fated dodo and of our famous stamps. For instance, did you know that the
poet Charles Baudelaire wrote part of Les Fleurs du Mal in Mauritius? Or that fascinating animals, including giant tortoises and dugong, once roamed our forests and lagoons? These stories may seem anecdotal, but they are a foundational part of our shared history. They deserve to be highlighted, and the Blue Penny Museum is doing just that.