On the 21st of August, at the Caudan Arts Center, was held a competition dedicated to good taste. Indeed, the contest of the best sommelier of Mauritius – organised by the association of sommeliers of Mauritius since 2010 – brings together wine professionals operating in the greatest hotels and restaurants of the island. And this year, for the second time since this competition was set in motion, a woman has admirably won. Delores Malin, sommelier at Constance Belle Mare Plage, can be proud of her career journey in this elitist milieu.

Delores Malin – preselected alongside five other candidates in 2018 at the Sir Gaetan Duval Hotel School, and having determination and passion as guiding principles to win this high-end sommelier contest – has followed a training course a year prior to the final of the competition. Nonetheless, she is far from being in her early stages amidst this demanding environment… In 2014 and 2015, she won the title of best sommelier at the Bernard Loiseau culinary festival and was among the finalists of the contest of the best sommelier of Mauritius in 2016.

The professional journey of Delores Malin started 12 years ago when she enrolled in the housekeeping department of Constance Belle Mare Plage. After 2 years of occupying this position, a career turning point led her to shift to sommellerie… And this hard work has paid off! Blind tasting, professional culture and oral expression… Delores Malin has successfully seduced the jury members of the competition. Her knowledge of the terroirs of the world, as well as of wines produced in organic agriculture and in biodynamic conditions have made the difference.

A great opportunity for Mauritius

Thanks to the title of best Mauritian sommelier, Delores Malin qualifies for a preselection of those who will represent our little island during international competitions. An auspicious opportunity for Mauritius to once again wonderfully stand out. According to Jerome Faure, President of the association of sommeliers of Mauritius, this competition encourages the participants to perfect their knowledge in this singular environment and uncovers new perspectives in this exciting, yet demanding field. Let’s wish good luck to Delores Malin, a wine enthusiast proving that determination and motivation can make dreams come true! 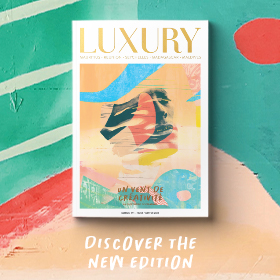